COVID VACCINE RESOURCES FOR REGISTERING The following list was developed to assist in securing a COVID vaccine. The State of Missouri has established guidelines on prioritizing populations to be vaccinated. Adults with developmental disabilities are in the vaccine category of 1B. Many locations are starting to provide vaccines for this category. You can register at […] 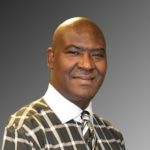 Addressing the School to Prison Pipeline During his time as a student, Jeff Johnson’s son — who is black and has a disability — was suspended 217 times, often for “disruptive behavior” or “inappropriate language”. At least once, he was arrested by police for “insubordination”. He received numerous other disciplinary interventions Jeff feels were counter-therapeutic, […]

BCFR stands in solidarity against racism and injustice

By Robyn KaufmanBoone County Family Resources, Executive Director Boone County Family Resources stands in solidarity with our brothers, sisters, mothers, fathers and community in the fight against racism and injustice.  Our hearts are filled with sadness and grief for George Floyd and so many others before him whose lives were undermined by inequity and needlessly lost […]

As the situation with COVID-19 continues to develop, we will continue to make decisions to protect the health and well-being of our staff, families, persons served and community partners while doing our part to prevent the spread of the virus.  To ensure we play a constructive role by taking responsible actions guided by the Centers from Disease Control and […]

Department of Mental HealthDevelopmental Disabilities Medicaid Waiver Wait List Frequently Asked Questions The MO Department of Mental Health has implemented a waitlist for the Medicaid Home and Community base waiver programs. Individuals served by BCFR and their families have been affected by the wait list, which has prevented them from having access to needed services. […]