Addressing the School to Prison Pipeline 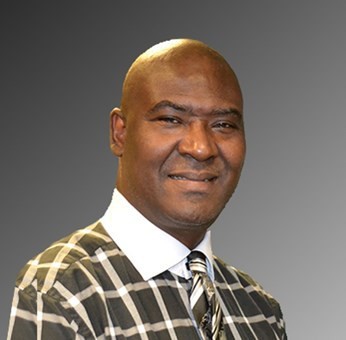 During his time as a student, Jeff Johnson’s son — who is black and has a disability — was suspended 217 times, often for “disruptive behavior” or “inappropriate language”. At least once, he was arrested by police for “insubordination”. He received numerous other disciplinary interventions Jeff feels were counter-therapeutic, compromising his son’s right to a free and appropriate public education. 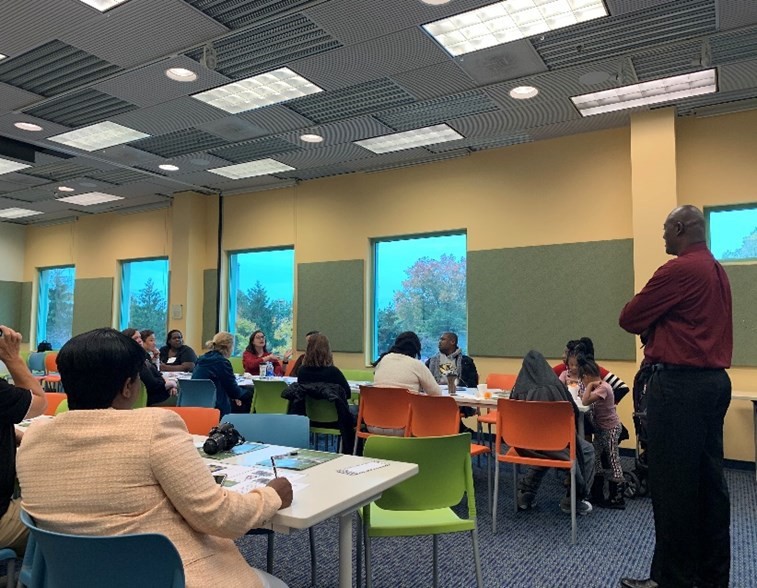 Jeff organizes and speaks to a focus group at the library.

“Moreover, data have consistently shown that the overrepresentation of students of color in school discipline rates is not due to higher rates of misbehavior by these students, but instead is driven by structural and systemic factors… ” — U.S. Commission on Civil Rights

In March 2019, Jeff successfully applied for a fellowship from the Self Advocacy Resource and Technical Assistance Center (SARTAC). He was one of six self advocates nation-wide chosen for the fellowship. See more here.

Jeff, who currently serves as president for People First of Missouri, and vice president for People First of Boone County, launched a project to begin addressing “Segregated Education and the School to Prison Pipeline” — enlisting People First of Boone County for support, and Boone County Family Resources as his host. His plan was to conduct research, to reach out to impacted families, to form alliances with advocates, and to develop a resource guide for parents and students informing them of their rights as well as providing places to turn for support. He would hope to plant seeds for systemic change in school policy, and to advocate for relevant public policy.

“We know this is bigger than a year of the fellowship,” he says. “We’ll be at this

for years and years, but I know we won’t be alone. A lot of folks care about this problem.”

Jeff formed a steering committee of supporters including family members, advocates and BCFR reps, who helped plan and coordinate focus groups with parents, students, and other potential stakeholders in the issue. They also helped identify potential allies in the mission for change.

In the outreach process, Jeff learned that he was indeed not alone. Local advocacy organizations like Missouri

Disability Empowerment, the Special Education Parent/Teacher Association, and Race Matters Friends were all actively engaged in taking on problems like restraint, seclusion, and segregation of students with disabilities and students of color. The Missouri ACLU’s Emily Hanson is specifically assigned to addressing the school to prison pipeline. The Community Partnership of the Ozarks had received a grant from the Missouri Developmental Disabili-ties Council to study and propose solutions to the School to Prison Pipeline, statewide. Mid-Missouri Legal Services was aware of and concerned about the prevalence of the problem.

Jeff meets with Francine Pratt, Community Partnership of the Ozarks.

Focus groups included representatives from these organizations, as well as impacted families. It was apparent from feedback that implicit bias and zero tolerance policies in the schools were contributing to disproportionate punishment of certain students. Parents and students would benefit from knowing their rights under federal law to behavioral support and appropriate education, and to know where to turn when they’re feeling alone in the struggle. Thanks in large part to contributions by attorneys Cheryl Miller and BCFR’s Christina Devine, Jeff put together a resource guide he is making available to families. 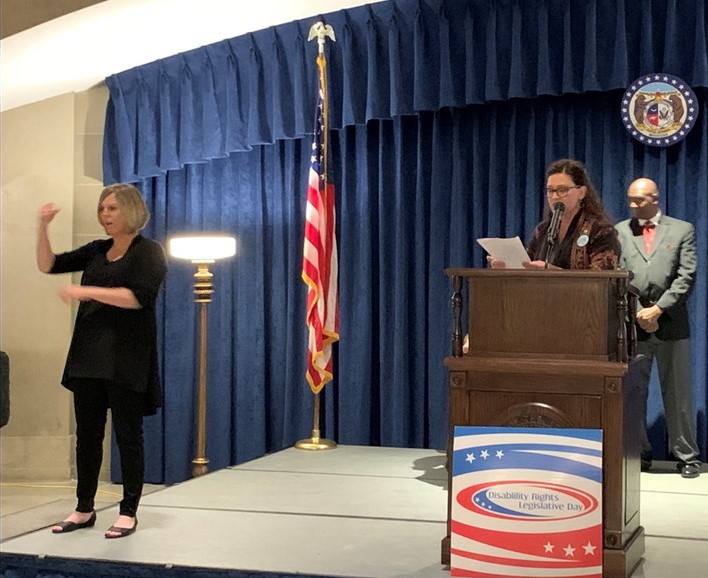 Jeff helps emcee Disability Rights Legislative Day at the capitol, where a mom advocates passage of Restraint and Seclusion legislation.

“My fellowship ended, and we got the resource guide,” he says. “But the work is not done. We need to keep this up for as long as it takes. The system needs to change. What happens to too many black students and those with disabilities is they get caught in the cycle. They get caught up in the legal system. Too many wind up in prison. I worked so hard to advocate for my son. I’m glad he’s not in jail.”